We organized the Second Cold War Oral History Workshop, “Reconceptualizing the Cold War: On-the-ground Experiences in Asia,” which was held at NUS Utown on 22-23 June 2019. Ten scholars from abroad (Thailand, Pakistan, China, Japan, Australia, Czech, France, UK, and the US), nine scholars from local institutions (NUS, NTU, NIE, SUTD, SMU), and five graduate students from our Department participated in this workshop and had quite lively and intense discussions.

Hajirah Junaid, (Independent Researcher, Islamabad, Pakistan), “From East Pakistan to Bangladesh: Challenges of the political, economic and social environment of 1970 and 1971 from a people’s perspective”

May Ngo (Research Fellow, Czech Academy of Sciences, Czech), “Chinese-Cambodians in the Vietnam War: an oral history of the ‘other’ soldiers in the Vietcong”

Panel 4: What emotions conveyed in the form of ideology?

Panel 5: What emotions conveyed in the form of ideology?

Kinuko Maehara Yamazato (Associate Professor, Univ. of the Ryukyu, Okinawa), “Through the Eyes of Okinawan Students: Experiences in the US Military Scholarship Program during the Cold War”

All panelists and discussants 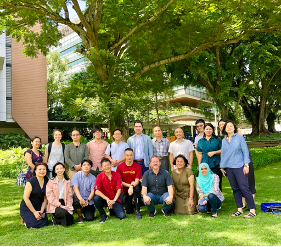 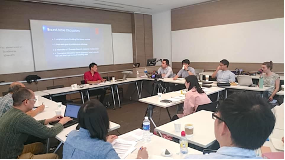