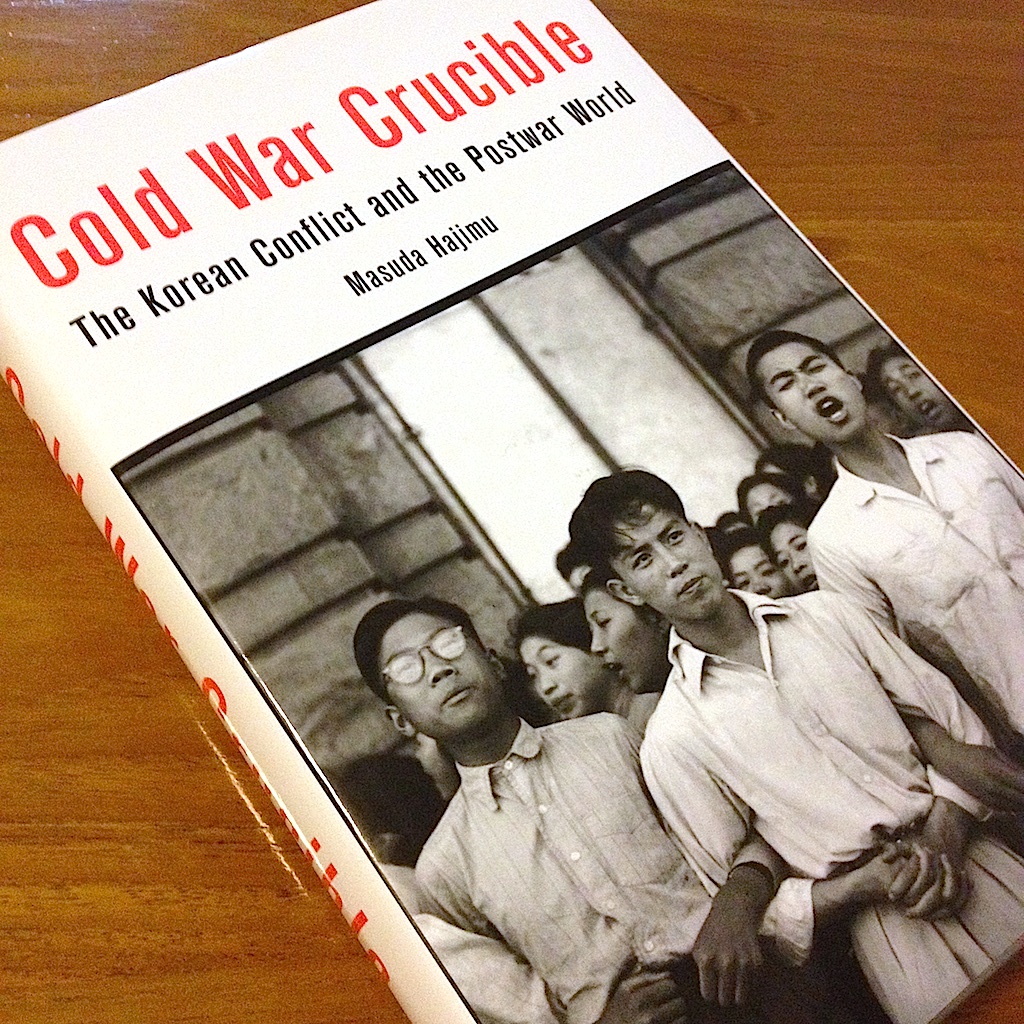 “Overall, Masuda has written an innovative, ambitious, and immensely valuable study. […]. There is no doubt of Masuda’s overall achievement. This is a superb work that bridges international and social history, underpinned by highly impressive research, to make arguments of real importance for our understanding of the Cold War.”

“An original and important book, which challenges established truths and significantly adds to our understanding of the early Cold War. Masuda’s work is a useful corrective to histories of the Korean War that focus mainly on U.S. perspectives. Cold War history at its best!”

—Odd Arne Westad (Harvard), co-editor of The Cambridge History of the Cold War

— Charles K. Armstrong (Columbia), author of Tyranny of the Weak: North Korea and the World

This book aims at offering a new way of understanding the Cold War through synthesizing social and diplomatic history, and local and global history, with a particular focus on the Korean War period. Succinctly, I argue that the Cold War was more than an international and geopolitical confrontation between the Western and Eastern blocs. It was also a social mechanism for purity and order in the chaotic postwar world, sustained by ordinary people’s imaginings about the ‘reality’ of the post-World War II world. Paying particular attention to the nature, agency, and social function, my book attempts to re-define the Cold War in three ways: as social mechanism, ordinary people’s war, and imagined reality. Through re-interpreting the Cold War, my intention in writing this book was quite ambitious: To re-write Cold War history, to re-start our examination of the Cold War, and, in so doing, ultimately, to reconsider the postwar history of East Asia and the United States, and, more generally, to re-conceptualize the global social history of the mid-20th century world.